They don’t talk about their journey here

But I ask and Aunty beckons

I listen to memories

Of escape by sea

It was just war

Just be quiet, be grateful

Gone are fear and uncertainty

Aunty says just remember for me

This is my husband’s Aunt Le who shared with me her experience about how their family escaped from Vietnam – “boat people” they were called. I love listening to her stories and learning from her. Her strength and resilience is inspiring. Her memories and sacrifices will be remembered – I will make sure of that. 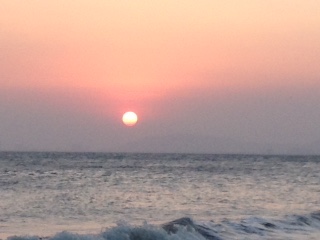 This poem was written for Pic and a Word Challenge #161 – Remembrance. I don’t know if Patrick picked this word because it coincided with the 100th Anniversary of the end of World War I but it bring to mind war and the repercussions of war. We often remember soldiers but forget about the other people affected by war, the people not involved in fighting yet still affected by it – refugees, peace keeping forces, doctors who help the injured, children. The effects of war are generational – for people, society and the environment.

People thought WWI would be “The War to End All Wars”. Unfortunately, this was not true. Our world continues to be plagued by wars and conflict that has cost millions of lives and displaced millions of people, wars that result in generations of trauma. When will we be able to stop killing each other so the pain and sadness of war will truly only be a memory?