This close, I notice your eyes – surprise!

How much they see, with eyes – she spies…

Believing the dream ‘till his eyes spot lies

That Daughter, with wary eyes, defies

The Proudly Out, in their best prom suit

The set of your lips, aware of the trials

Determined eyes still on the prize

With my whole being, I’ll carry your torch

That burns bright in my eyes, hope supplies 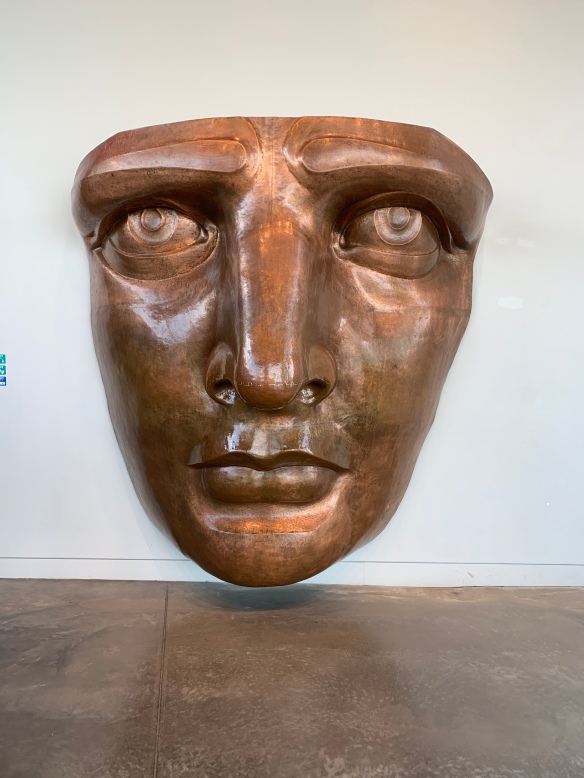 A late reply for Patrick’s Pic and a Word Challenge #192 – Eyes. We were in NYC this weekend and went to the Statue is Liberty (apologies, Patrick! But you know I am loathe to miss one of your challenges!). The picture above is a cast of Lady Liberty’s face.

This is also my second try at the ghazal form for d’Verse, hosted by Gay Cannon. I realize I’ve used the same ending rhyme as my last try, so I will try to remedy that if the inspiration strikes a third time! I did include my name in the last couplet – the name Irma means “complete or whole”. 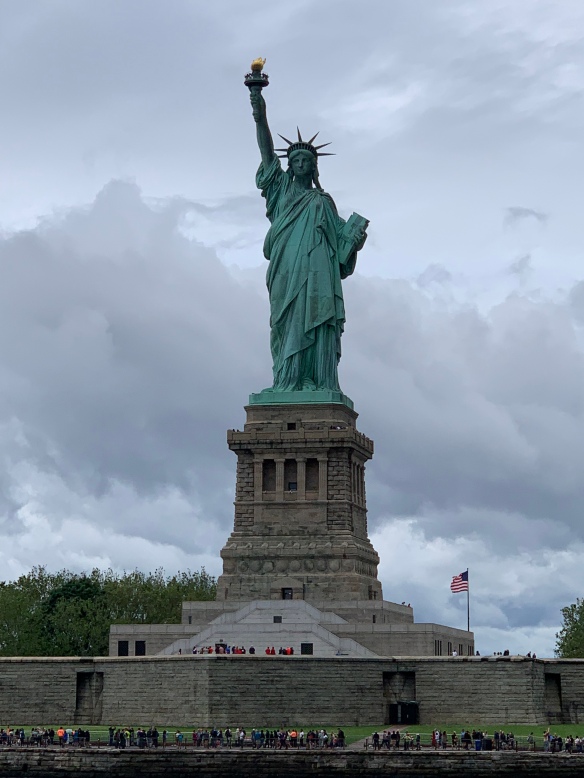 This was the first time that I was able to climb up to the crown of the statue since I was a child. The feeling of climbing those narrow steps and thinking of the meaning of this statue, especially to an immigrant like myself, was overwhelming. I still believe in the American Dream and work to make sure my children – and all children belonging to anyone living in the USA – can achieve their American Dream as well.

The way to achieve that Dream may be harder after these 4 years are over, however as Ranger Jim said when he was telling us about Lady Liberty’s pose: she is in motion, moving forward and lighting the way. The Statue is Liberty – still a great message and example for all. 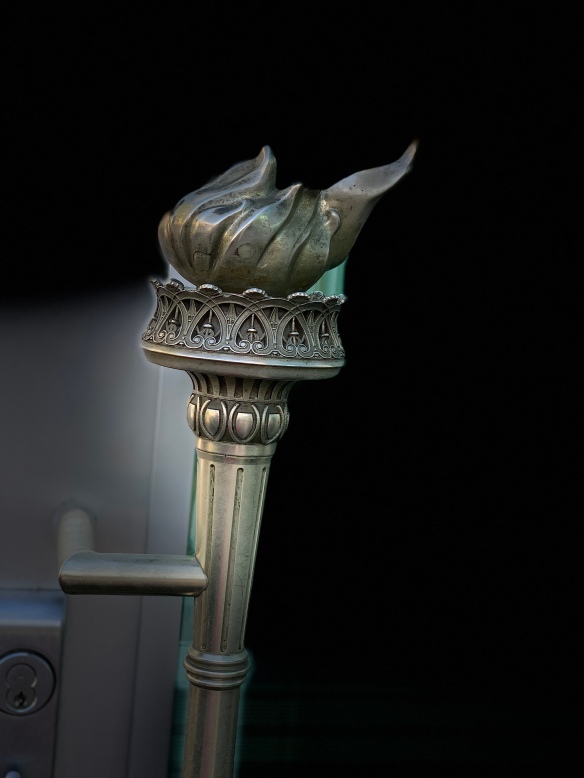