Climbing with such sure feet

Never thinking what if, defeat

Yet steeped in my fantasy

My baby is all that I see

For I know, this is just the start 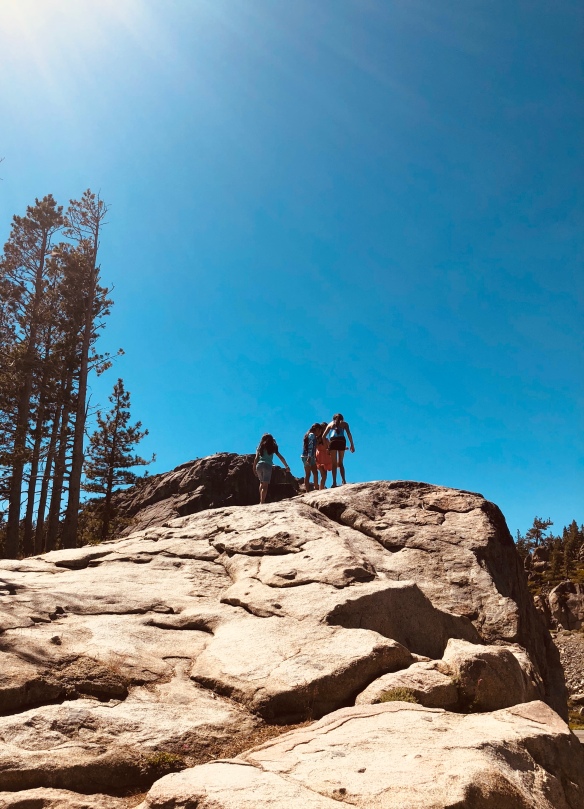 Mish at dVerse provided the prompt “steep” for Monday Quadrille #72. I didn’t realize how versatile this word can be! I am not such a fan of steep heights but my daughter (and her friends) are. Ah, youth! Or as a mom, I say, “wah, youth!” 😩😭😭.

To see within shallow

Souls don’t need to stretch beyond 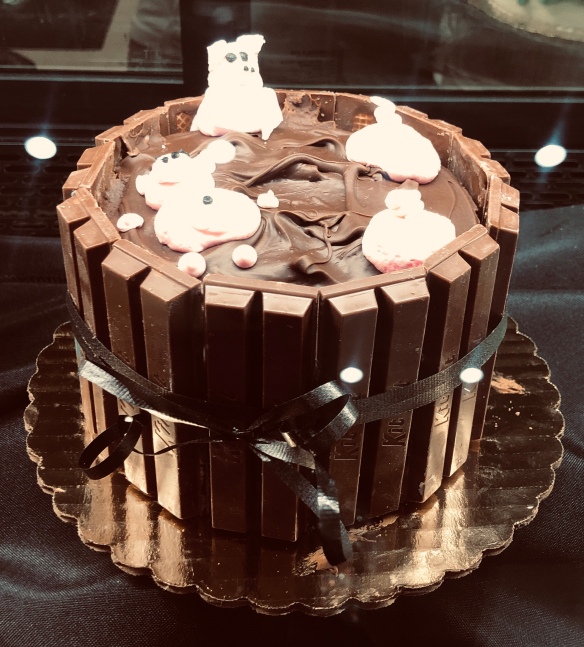 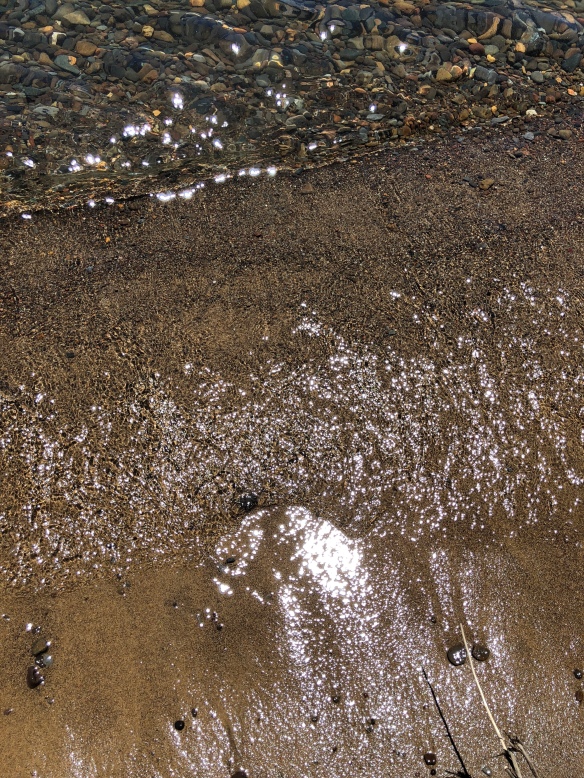 It’s Tuesday and I was able to create these two haikus for Devereaux and Beth’s Tuesday Writing Prompt at the Go Dog Go Cafe. Finally on time for this prompt! Their request: Write a haiku using the words “shallow souls”. While the pictures don’t totally match the words (and not to imply that pigs or worms have shallow souls), the juxtaposition made me smile.

Hearts that were unique snowflakes

Refused to be thawed

Somewhere else, the breeze brings the scent

of salt water shed because of

The lost of connections

That refused to be thrown

Or made into walls

Somewhere else a smile is welcome

Here, a smile is a privileged challenge. 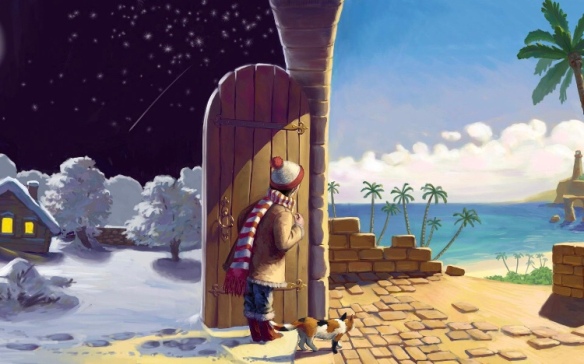 This past week, my head was consumed with a political issue that turned personal (hence the lack of posts or catching up with all of you lovely writers). I think in the current state of the USA, these types of scenarios can’t be helped, especially as a woman and person of color. The white woman I was talking to said “You can’t talk about peeling back the layers of the onion if you don’t want to see what’s underneath.” I kept on telling her that I don’t mind peeling back layers, that I wouldn’t be doing that if I wasn’t curious about the layers and if I wasn’t prepared to discuss the layers. I think she didn’t like the way her layers were looking or maybe she didn’t like the smell of her part of the onion. Either way, tears were shed.

This poem incorporates Patrick’s Pic and a Word Challenge #171 – Words, Hélène’s “What do you see?” Picture Prompt ( the picture above is courtesy of her prompt), Devereaux and Beth at the Go Dog Go Cafe Tuesday Writing Prompt (use the word “somewhere” twice in a poem) and Lillian at dVerse Poetics (use the word “shed” in a poem).

Bach’s Prelude in C Major is a well-known piano piece that is about two minutes long. Close your eyes while you listen to it and imagine a stream gently flowing over rocks as it meanders through green forest. Now imagine 130,000 barrels of oil being dumped in that stream. What will happen to the forest and the critters living there?

Now picture the wind whispering over a meadow blanketed with flowers still bright with color despite the new moon. And now a bulldozer comes to move 5000 tons of garbage onto the meadow including plastic that will take a millennia to decompose. How do the colors and aroma of landfill compete with that of wildflowers?

Or listen to the music and let your mind wander over the ocean, the warm sun highlighting the majesty of humpback whales breaching the surface. Now heat trapped by greenhouses causes 600,000 tons of ice to melt in Antarctica raising temperatures that could kill 400 plant and animal species in a year. Would seeing the dead carcasses of whales and other see creatures be as majestic?

Two minutes, the length of a prelude whose repetitious melody can remind us of the repeated wastefulness and mindless consumption we daily engage in that will lead to the destruction of this planet we call home.

The only world that we know

Time to change the song 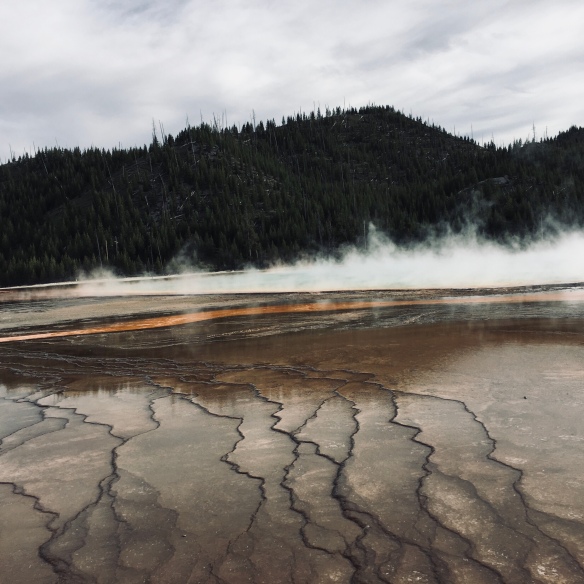 This (very loosely defined) Haibun was written for Jamie’s first Wednesday Writing Prompt of 2019 focused on the theme of the environment. I also included the last Tuesday Writing Prompt from Devereaux and Beth Amanda at the Go Dog Go Cafe. Their request was to include the words new moon, minutes and prelude in a poem. It definitely took me more than 10-15 minutes to write this Haibun!

The facts embedded in this poem come from this article about things that happen around the world in a minute. I doubled the numbers to match the two minutes of the prelude (I hope I did the math correct!). Conservation and protection of our environment is a cause my family and I are passionate about. We recycle and are trying to compost. We limit our plastic use – the kids have even given up straws! Just two minutes of a small change to your daily habits can make a difference! You can save the world with reusable bags as your cape!

From my departing train

Despite knowing what we must do

But your love wanted one last word

You sent out a request some thought absurd

To light these lanterns and let them float

A blanket of wishes, an antidote

For the disease of despair, the loss of hope

To counter regret that we didn’t elope

I picture you standing on your balcony

Alone with your power, your only company

But regret and despair are the feelings you hold

You wouldn’t be wishing if you were only bold

Enough to reject the title you’re given

But I understand the way you are driven

And respect your choice of responsibility

I’m only sad that it didn’t include me.

This blanket of lights, a beautiful view

As I sit on the train and bid you adieu. 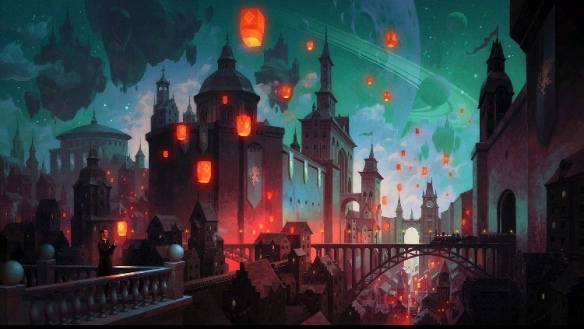 This poem was written for Patrick’s Pic and a Word Challenge #170 – Blanket and for Hélène’s “What do you see?” Photo writing prompt. The picture above is courtesy of Hélène.

I love when two inspirations come together! Hélène photo has so many rich details but the ones that captured my eye were the leaving train (on the bridge on the right) and the man standing on the balcony (on the left). Coupled with Patrick’s words of “a paradox so comforting”, the idea of a blanket of lanterns and what that might comfort popped into my head. And thus the story of this poem came to be.

I stare at you

And wiggle my toes

Willing you to change

While my body remains

I finally get up to walk

for a cold beverage. 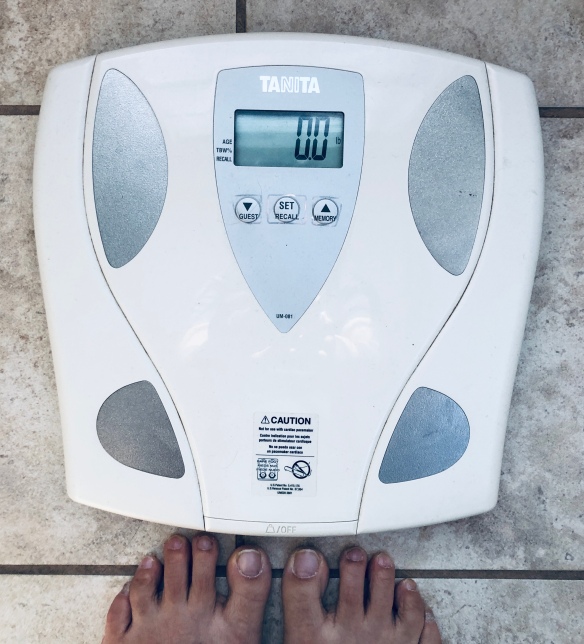 De Jackson hosts the 2019’s first Quadrille Monday at dVerse (#71) with the theme: Change. Another apropos theme for the start of the year. Thank you De Jackson!

As with a lot of people, I posted last week my health goals for the year. So despite the 30 degree weather, I went for a short run by myself while my kids were at their horse riding lessons. It was so cold that my breath never warmed up enough for me to see it, but I did feel pretty bada$$ running in the cold. Like I was a real runner and nothing was going to stop me from a run. 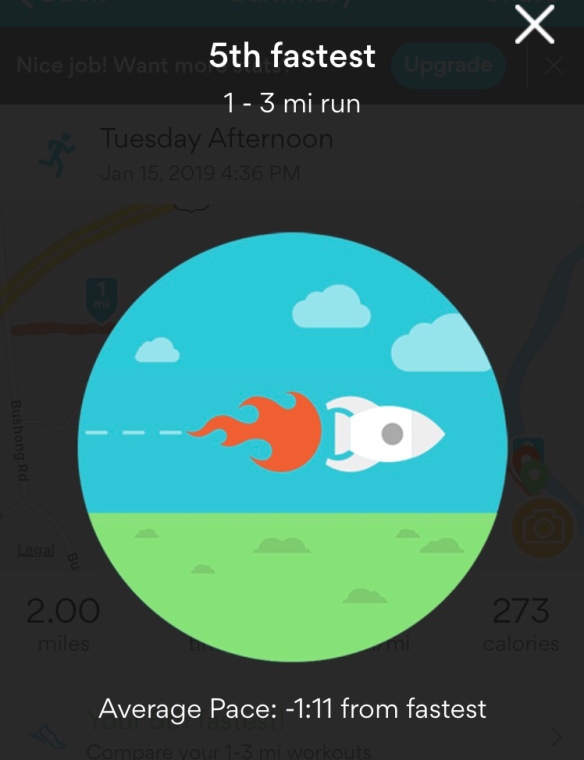 Of course, I am a “real runner” but my recent spate of not prioritizing running has made me feel somewhat of an imposter. I mean, isn’t family supposed to come before running? And what about my passion of writing? What I’m really striving for is balance! Not the sometimes elusive scale balance (holding an ice cream cone in each hand does not a balanced scale make!) but the even more rare, life balance. Where, oh where, is that life balance? Maybe it’s hiding under the running shoes….

It was a gloomy January day, at lunchtime if I recall correctly, when she first spoke to me in that cockney English I now know wasn’t her real voice.

“Alright, I’ve kept you waiting long enough. It’s been, what, months that you’ve been sitting on that ladder. Day in and day out – even when it snowed you came. I guess the least I can do is find out what you want.”

“I do talk! What is this? An MnM commercial with Santa? Isn’t that why you’re here? To ask the great Krystal – with a K, mind you – a question?”

I was silent a bit as the realization sunk in.

I had first come out of curiosity – my mates at the flat had told stories of the crystal ball on the top floor of the library that was supposed to grant wishes or impart wisdom, like a genie but not in a bottle. What they didn’t mention was her luminous sheen and the gentle curve of her orb. I was mesmerized by the light that got captured in her clear core. It would bounce and twirl, then burst back out, illuminated and improved from being held within her translucent membrane. I wanted to be that light.

Instead, I played it cool. “Krystal, with a K, how are you today?”

“Nothing right now. I just wanted to hear you talk and get to know you.”

“You’re the most beautiful ball of glass I’ve ever seen.”

There was silence and then the faint rustling of paper that grew louder and louder. I covered my head as it reached it’s crescendo, then a flash of blinding light.

When I finally opened my eyes and pulled my hands away from ears, Krystal was gone. I checked all around the area for shattered shards, but there were none, not even a sliver the floor. Instead, what I found was an iridescent note with the number “549.18” etched on it. It took me minute, and then I knew just where to go.

As I turned the corner of the “549-550” shelves, I noticed a silhouette at end of the row, outlined by the library window, it seemed to sparkle. As I approached, the figure turned around and said, “It took you long enough. Next time, remember, Krystal doesn’t like to wait.” 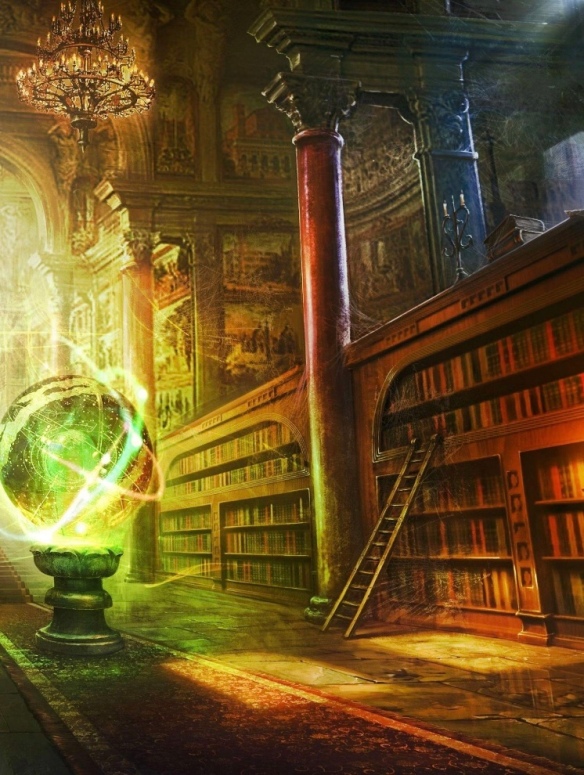 This short fiction story was written for Hélène’s “What do you see?” Writing Prompt. The picture above (courtesy of Hélène) inspired this little piece. The title references the Dewey Decimal System.

Libraries are wondrous places! Knowledge and dreams all crammed onto shelves and sheltered in its four walls. It’s organized and comfortingly quiet. I’ve always thought of libraries as safe places where you can be who you are or be someone else for a bit; where you can fall in love with someone else or even, with yourself.

Too fast for nothing

Rain on your parade

Help get out of the Arctic 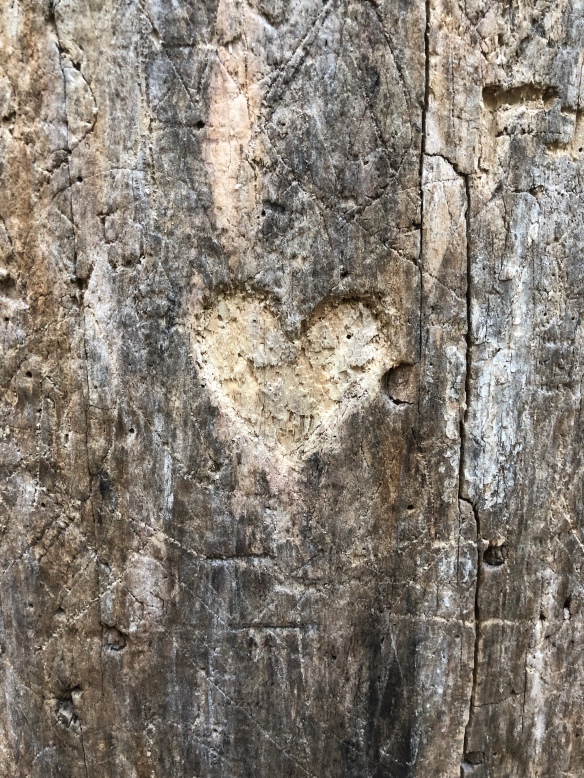 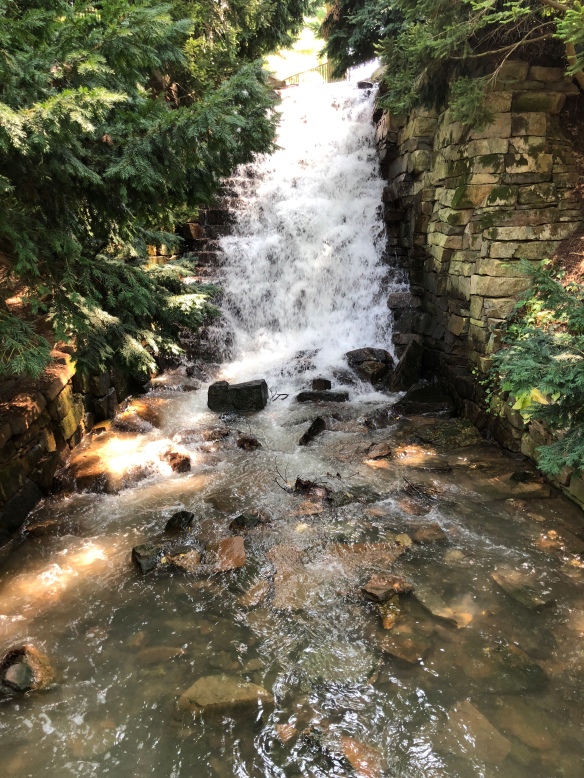 This prompt responds to Patrick’s Pic and. Word Challenge #169 – Rapid. Patrick’s poem and photo inspired this quick little piece that started in my head with the rhyme “rapid vapid” and developed into some phrases and thoughts about the current state of society. To me, this poem sounds frenzied and choppy (although with a definite beat) – similar to how I feel about our country (the USA) right now. Even the writing (and posting) of this piece was frenzied and chopped (I had to quickly post to meet the deadline without my usual comments included). However, it all turned out ok. I’m hoping it’s that way in real life as well.

The deep swallows me whole 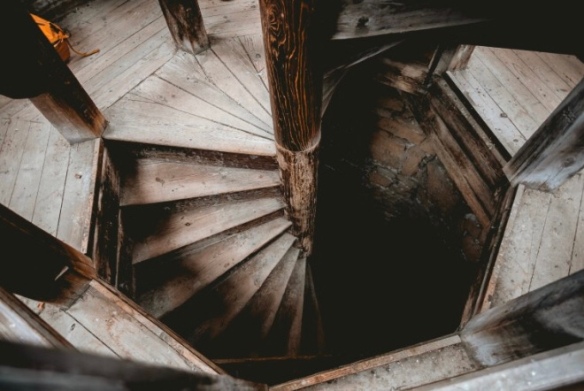 This poem is for Rylan Shelly’s First Ever Doing Being Writing Prompt (photo courtesy of Rylan). He posted it last Friday – of course, I’m late – but I’m sure you can still join in the fun if the photo calls you!

Rylan introduced three new poetry forms (at least new to me). He writes: For the poets in the room, you may take on additional challenges if you so wish:

I am always up for a challenge and the deep thoughts this photo inspired, fit with the Earth Flow form. Quite a neat little form, actually!